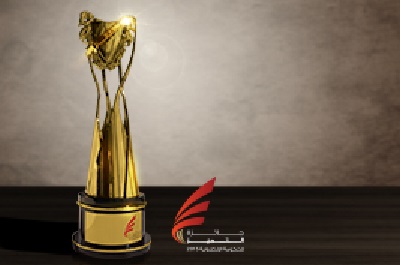 The organizing committee of the eGovernment Excellence Award 2015, held annually under the patronage of His Highness Shaikh Mohammed bin Mubarak Al Khalifa, Deputy Prime Minister, Chairman of the Supreme Committee for Information and Communication Technology, announced that the deadline for nominations have been extended to February 1st in response to all interested parties, as well as providing an opportunity to all those who wish to participate or improve current submissions. The award is still accepting nominations through the website www.egovaward.bh which includes all the necessary information in regards to categories, criteria and submission process. The annual award, comes as part of the eGovernment's programs to evaluate national initiatives in the field of Information and Communication Technology, as well as raise the level of competitiveness in the development of innovative technical solutions in line with the National eGovernment Strategy 2016. It brings together a distinguished group of local and international experts, who represent various sectors such as the private sector, banking sector, education and civil organizations, ensuring diversity and objectivity in regards to the jury process. The Committee will provide a report assessing all projects with remarks including observations on mechanisms, tools for development of project and initiatives for registered projects. Ministries and Governmental entities of the Kingdom of Bahrain will be competing on four categories– Best eService, Best eProject, eParticipation, and Best eContent. The Multi-Sector includes four categories– Best App for Smart Devices, eEntrepreneur, eEconomy, and eNGO's. The award encourages participating individuals on innovation and creativity in the Best eConcept category, as well as urge them to adopt eservices in various areas of their lives through the eCitizen category, which is selected based on the citizen's effective participations by the highest number and volume of transactions conducted on the eGovernment portal during the last year. His Highness Shaikh Mohammed bin Mubarak Al Khalifa, Deputy Prime Minister, Chairman of the Supreme Committee for Information and Communication Technology will honour the winners during the official opening of Bahrain International eGovernment Forum 2015, which is attended annually by over 500 people from the Kingdom of Bahrain and abroad. For more information on the eGovernment Excellence Award 2014 or for participation; please visit the eGovernment Excellence Award official website: www.egovaward.bh, or contact the National Contact Center 80008001.