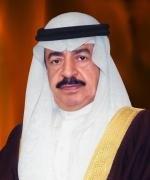 HRH Prince Khalifa bin Salman Al-Khalifa the Prime Minister patronizes on Wednesday (25th November) the Opening Ceremony of the 4th GCC eGovernment Award, Conference and Exhibition 2015 &ndash; organized by the Informatics &amp; eGovernment Authority at the ART Rotana Hotel in Muharraq. The prestigious event will comprise the attendance of the Kingdom of Bahrain's ministers as well as GCC eGovernment heads. During the opening ceremony, HRH the Prime Minister will honor the winning projects of the GCC eGovernment Award as well as inaugurate the accompanied exhibition which involves the participation of all the GCC countries. The upcoming event is under the patronage of HRH the Prime Minister as it reflects his support in backing-up IT as well as developing the eGovernment system in the Kingdom - one of the strategies adopted by the government in endorsing sustainable development and providing the highest levels of customer service. Such support is what had led to the granting of HRH the &lsquo;ICT in Sustainable Development' award &ndash; recently presented by the International Telecommunication Union (ITU), in recognition of His Royal Highness' significant role in rising and advancing the ICT sector in Bahrain. Owing to government directives, the Kingdom had achieved leading positions in eGovernment readiness within the United Nations survey which ranked it as first in five geographical regions and 18th worldwide. Bahrain is considered as a leader in its region in regards to possessing telecommunication infrastructure since 1964; it was also the first Arab country to utilize Internet. Furthermore, in its latest issued 2014 survey, the United Nations classified Bahrain amongst the top advanced countries within the readiness category, leading it to stand as the only Arab nation in this category.<br /> The highly-esteemed event - held once every two years in one of the GCC states - was first launched in the Sultanate of Oman in 2009, Kuwait in 2011, followed by the United Arab Emirates in 2013, and hosted this year by the Kingdom of Bahrain. The opening ceremony is expected to attract over 500 guests from in and out of the Kingdom.<br /> This year's edition is distinctive as it embraces the exchange of experiences amongst the participating countries in the field of delivering eServices, introduces experiences and practices of other countries to measure the achievements accomplished in this field. It also awards excellent initiatives &ndash; with the intention of supporting the development of eGovernment ventures as well as the increase of the integration among the GCC countries &ndash; making them unified, interconnected and integrated.&nbsp;