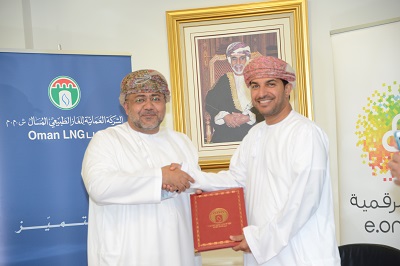 In line with the Information Technology Authority (ITA) efforts in eTransformation, a delegation from ITA headed by Dr. Salim Sultan Al Ruzaiqi, CEO of ITA, visited USA last week to benefit from their best practices in eGovernment field. The visit also aimed at discussing ways of cooperation between the Sultanate and the United Nations (UN) represented by the Department of Economic and Social Affairs and the Statistics Division of the Organization and the World Bank. The delegation was briefed on the experience of the United Stated in several related areas, including open data, eParticipation and smart cities. The visit also included a series of meetings with senior officials of the organization, including the United Nations team who is assessing the eGovernment development, in order to discuss the United Nations eGovernment Survey Report. Dr. Salim Al Ruzaiqi delivered a presentation at the World Bank Headquarters, on the Sultanate's strategic vision of using ICTs as a key enabler of economic diversification and transition to a knowledge-based economy, as reflected in the Oman Digital Society and e-Government Strategy (e.oman). On the visit agenda, the delegation met with the Center for Technology in Government in New York, the team responsible for studying the contribution of ICT in the GDP and national income. They also met with the officials in the&nbsp; &nbsp;New York Open Government Data, as it's a pioneering experience in the field of eGovernment.