e-Govt Launched 237 Services in Past Years 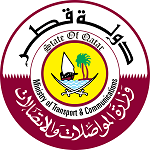 The e-Government is carrying on the implementation of 87 projects, 77 of which are in collaboration with government entities, namely the Government Network, the SMS Gateway, the Government Data Exchange Project, the Open Data Portal Project, the Government Procurement Review, the Digital Government, among other projects. This came in the annual scorecard report issued by the prestigious General Secretariat of the Council of Ministries, stating that 237 e-services were launched between 2013 and 2015. Among the strategies being followed up by the communications sector is cyber security; protecting the infrastructure of vital national information, responding to cyber incidents and attack and solving them, setting a legal and regulatory frame to enhance the safety and vitality of cyberspace, promoting the culture of cyber security, and developing the national potential for the protection of our cyberspace to the future generations.