The GCC eGovernment Conference is Concluded 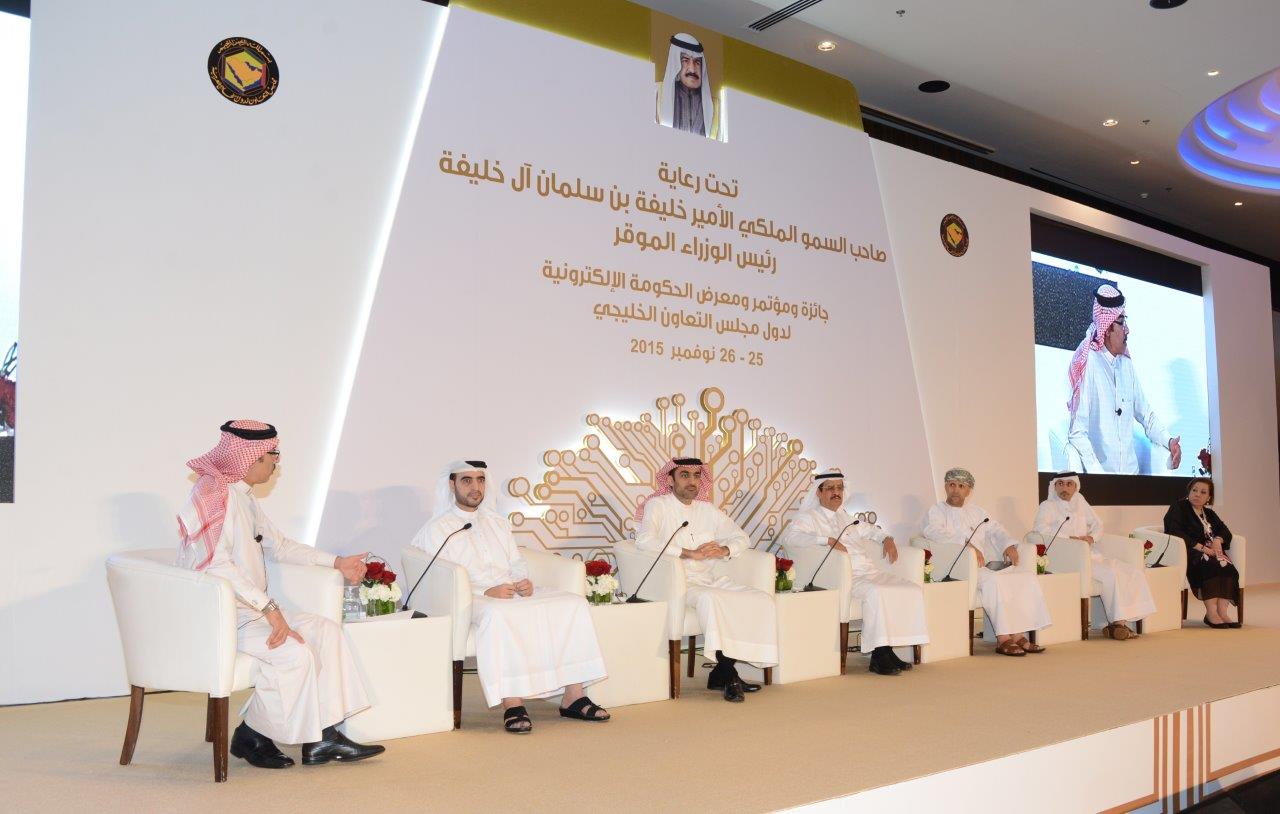 The 4th GCC eGovernment Award, Conference and Exhibition 2015, under the patronage of HRH Prince Khalifa bin Salman Al-Khalifa &ndash; the Prime Minister, was concluded on Thursday (26th November) with the attendance of more than 750 participants from all over the GCC countries - joining the Opening Ceremony and conference sessions held in the course of two-days. Day two of the event embraced seven plenary sessions alongside a Panel Discussion of the six GCC eGovernment Heads &ndash; moderated by Dr. Zakareya Ahmed Al-Khaja from Bahrain's Informatics &amp; eGovernment Authority. A number of topics, related to the eGovernment's role in the national economy, were covered during the discussion; highlighting how the public has built its confidence in eGovernment and the extent of the eGovernment's steadiness in competing on an international level thanks to its future projects. During the discussion, UAE's Information &amp; eGovernment Sector Acting Deputy Director General Mr. Salem Al-Hosani stated that even though the current situation is directed towards reducing costs, such reduction should not be on the expense of providing services to citizens; instead, services must remain on very high standards. Mr. Mohammed Ali Al-Qaed, from Bahrain's Informatics &amp; eGovernment Authority, confirmed the importance of working on developing the governmental services through Business Process Re-Engineering and operations of governmental entities, in order to effectively reduce costs. Dr. AbdulRahman bin Sulaiman Al-Eraini; Saudi Arabia Advisor to the Minister of Communications &amp; IT and Director General of eGovernment Program; stressed on the importance of investing in IT in line with other fields such as health and education sectors. He also mentioned that 70% of ICT investments are being spent on equipments while it is required to focus the spending on other areas such as re-engineering and enhancing the innovation role. Oman's Chief Executive Officer of Information Technology Authority Dr. Salim Al Ruzaiqi stated that each GCC country own comprehensive strategies, that not only focus on providing online services but also consider the awareness area and citizen's capacity building. Qatar's ICT Government Programs Assistant Undersecretary Hassan AlSayed stated that in order to obtain the citizen's trust in utilizing the eGovernment services, it is required to eliminate the traditional methods. Kuwait's Central Agency for Information Technology Deputy General Director Ms. Majida Al-Naqeeb highlighted the methods utilized in Kuwait to gain citizens' trust in online services through allowing easy obtaining of information and payment services. Second day of the event commenced with the &lsquo;Big Data' session presented by Gartner Inc. Research Director Mr. Joao Tapadinhas, followed by United Arab Emirates' &lsquo;Smart Cloud' session, then Qatar's &lsquo;Discover the Benefits of Government Shared Services', &lsquo;Electronic Authentication Use through Mobiles' by Oman, &lsquo;Big Data between the Notion and Technique' by Saudi Arabia, Kuwait's &lsquo;Online Social Loan' session, and finally with Bahrain's &lsquo;Business Licensing Integrated System'. At the conclusion of the sessions, Recommendation Committee proposed several recommendations which will be raised to the GCC eGovernment Executive Committee so as to follow-up on their executions, going in line with the achievements of policies and strategies of the member states. In the accompanied exhibition; the stands of the 18 participating governmental entities from the GCC countries, showcased the most prominent experiences and electronic projects. Such attempt enhances the exchange of expertise among the GCC countries in the eGovernment field.